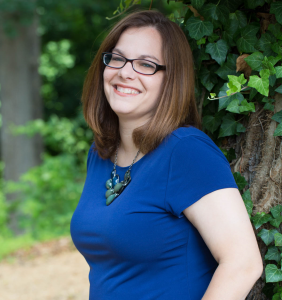 Lead Pastor Amy Banka is an ordained elder in the United Methodist Church, having graduated from Palmer Theological Seminary with a Master of Divinity degree, Pastor Amy was invited to join the Hopewell staff in June 2014, as the Pastor of Young Adults and Leadership Development.  She became Associate Pastor in 2016, and Lead Pastor in June 2018. Not having grown up in the Church, Amy came to faith in Jesus Christ as a young adult. Upon hearing the gospel and feeling the presence of Christ in her heart and life, she sought a church home where she could learn and grow as a Christian. She stumbled into Johnson Memorial United Methodist Church in Philadelphia, where the pastor had been praying for God to send her young people to mentor. There she learned about God's amazing heart for the broken and about Christ's willingness and power to save, heal, and transform.  A few years later, Pastor Amy heard God call her to pastoral ministry. Amy is married to Mike, and they have two beautiful daughters, Grace and Emily. Amy enjoys drinking coffee, reading, creative writing, playing board games, and visiting Longwood Gardens (red roses, jasmine, and lilacs smell the best!). 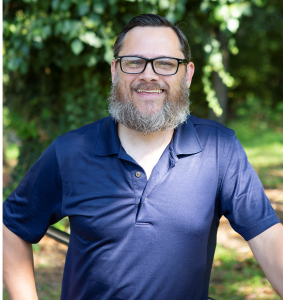 Associate Pastor Eddie Cameron grew up in a small town just south of Raleigh, North Carolina, and moved to Lancaster, PA in 1999 after graduating from Campbell University with a BA in Religion and minor in Environmental Sciences. For five years Eddie served a small church in the Strasburg area while working full time at Sight and Sound Theaters and the Fulton Theatre in the box office and ticketing department. In 2006, Eddie matriculated into Gordon-Conwell Theological Seminary in Charlotte, NC where he graduated with a Masters in Biblical Studies in 2009. Eddie joined Hopewell UMC in June 2018 after serving First UMC in Lancaster. Eddie is married to Lisa, and they have a son, James. Eddie enjoys playing tennis and golf, as well as keeping up-to-date on all things Apple.  Eddie and family love traveling together and exploring new cities around the world.

Pastor Vicki has been a member of the Hopewell staff since June 2001. She is a United Methodist Licensed Local Pastor (Wesley Theological Seminary), and a certified Spiritual Director. Her passion in ministry is to creatively raise awareness and offer opportunities for folks to draw closer to the Lord through spiritual practices. Vicki is a graduate of the University of Delaware, having majored in Physical Education. She later obtained an elementary education certification from Immaculata University and taught kindergarten in the Downingtown Area School District for 15 years prior to her call to formal ministry. Vicki and her husband, Dick, have lived in Downingtown for 37 years and raised their three daughters within the life of this congregation. They feel blessed beyond measure to have their daughters, sons-in-law and nine grandchildren living in the immediate area and worshiping here at Hopewell! 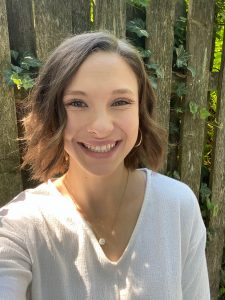 Pastor Ally is a Licensed Local Pastor appointed to Hopewell with a focus on children and families. Ally was born and raised in an Appalachian town called Galax, VA. In May of 2018, Ally moved to Downingtown, PA to attend Eastern University and begin her time on Hopewell's staff. She graduated from Eastern University in 2019 with a BS in Business Administration and minor in Christian Thought. Before Ally's Pastoral appointment, she served in several roles including Young Adult Coordinator and Director of Congregational Care. Ally is married to Jonathan, and they love serving Hopewell together. 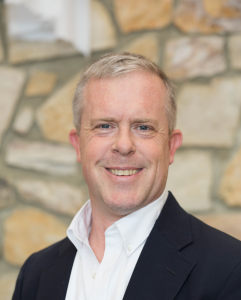 Pastor Keith joined the Hopewell staff in November 2016. His primary responsibilities include leadership of The Well, Hopewell’s urban ministry initiative in the borough of Downingtown, and preaching, teaching and the leading of worship. Keith also serves as the executive director of Coatesville Kids to College, a ministry he founded in 2013 to serve children and youth. Following graduation from Boston University, he served as a campus minister, a youth pastor, and a high school English teacher in Boston. Keith received his M.Div. from Palmer Theological Seminary. He was ordained in a non-denominational church in 2008, and is currently working towards licensure and ordination within the United Methodist Church. Keith and his wife, Ali, have a daughter, Sarah, and a son, Christian. 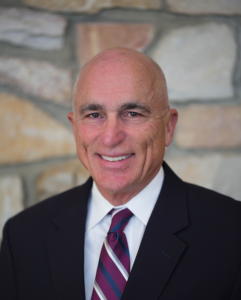 Pastor Dan was appointed to Hopewell Church in 2008, after serving for two years as part time pastor at Glenmoore United Methodist Church. He is a United Methodist Local Pastor.  His areas of ministry include preaching and worship leadership, teaching and adult education, new member ministry and discipleship. Dan is a graduate of West Chester University, having majored in Criminal Justice. Dan has studied at the Evangelical School of Theology in their Masters of Divinity program. Prior to his calling to ministry, Dan worked in law enforcement, and continues his career in the insurance business. Dan and his wife Donna have lived in Downingtown since 1985, and have been members of Hopewell UMC since 1986. Dan and Donna are the parents of four daughters, all raised in Hopewell's congregation.